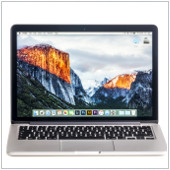 No operating system is perfect. At one point or another, every user is likely to experience a frozen computer or application that just won’t cooperate with their commands. El Capitan users are not immune to this phenomenon. So what are some of the problems Mac lovers encounter with Apple’s latest OS? Here are a few of the most common and the solutions to fix them.

Worse than a brain freeze from a slushy, application freezes on your OS oftentimes last much longer and leave you frustrated watching the pinwheel of death spin on and on. For those once-PC users who’ve made the transition to Mac, your tried and true solution of pressing Control-Alt-Delete unfortunately doesn’t apply here. Instead, you can try these two options when an app freezes.

Almost every Mac user’s system starts to run slow at some point in time. While sometimes you can just be patient and the problem will correct itself on its own, other times the slowness becomes a consistent nuisance at which point it’s time to look closer at the issue. Usually the culprit has to do with the memory, which means you should check which applications or processes are using most of it. This is where the Activity Monitor comes in handy.

Once you’ve opened Activity Monitor, click on Memory. To see which applications are eating most of it, make sure the arrow next to Memory is pointed downward. Doing this will display apps in order from highest memory consumers at the top to lowest at the bottom. Now that you can easily see the biggest memory hogs, consider closing these apps.

No one likes waiting on an unresponsive printer. So if your printer is slow to respond or completely unresponsive, go to System Preferences > Printers & Scanners and select Print. Then press and hold ctrl, click on the problem printer and then Reset printing system. After you’ve done this, restart your Mac and Printer.

As handy as Spotlight is, some users have experienced a slowdown in the application after updating to El Capitan. One way to resolve this issue is to simply be patient, as usual the app just needs some time to do its job. However, if you’re in a rush or the slowdown is a persistent problem, you can take matters into your own hands. Click System Preferences > Spotlight > Search Results, and then narrow down the areas Spotlight searches by unchecking them. For example, if there’s no need for Spotlight to check the thousands of images stored on your hard drive, simply uncheck Images.

These four tips should help you resolve some common El Capitan issues that are known to give users headaches. If you’d like to learn more about optimizing your Mac OS or any of your other Apple products, don’t hesitate to get in touch.