What’s on tap for Windows 10 this fall? 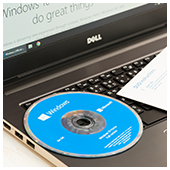 This autumn, the changing leaves are accompanied by the Windows 10 Fall Creators Update from Microsoft. Not only is it retaining the “Creators Update” name, this version will reportedly focus more on bringing the Windows experience to iOS and Android devices as well. Here are some of the fresh features you’ll find in the upcoming Windows 10 iteration.

Timeline
It's designed to grant Windows 10 users freedom to switch between multiple devices, including iOS and Android phones. Timeline lets you pick up from where you left off if you're switching between multiple Windows 10 devices. With the Cortana integration, this will even extend to some Microsoft apps on iOS and Android. This useful new feature will be accessible via Window 10’s Task View.

OneDrive Files on Demand
This feature allows you to access all your cloud-based files without having to download them in order to optimize your device's storage space. What’s more, you won't have to change the way you work, because all your files — even those online — can be seen in File Explorer, and they work just like every other file on your device.

Cloud clipboard
The Windows 10 Fall Creators Update brings a cloud-powered clipboard that lets you copy information from one Windows 10 device and paste it onto another. And this isn't limited to text alone either. On top of that, it supports Android and iOS devices if you use Microsoft's SwiftKey virtual keyboard.

Pick up where you left off
As the name suggests, it basically allows you to start working on your PC and continue working on your phone when you are away from your PC (and vice-versa). Currently, the feature works only between Windows 10 PCs in the Windows 10 Creators Update -- but with the upcoming Fall Creators Update for Windows 10, Microsoft will be integrating this capability into your phones as well.

My People
It was originally announced as a key feature in the April's Creator Update, but will be launched in the coming Fall Creators Update. This feature lets you pin a number of connections to your taskbar -- three, in the current Insider preview -- and stay in constant touch with them. It defaults to Skype, but you can choose an alternative if you'd like.

These are just a handful of the nifty features users can expect from Windows 10 Fall Creators Update. For more information, don’t hesitate to contact us. We’re more than happy to help.

We’ll keep you updated on the latest developments.