How secure are your Apple devices? 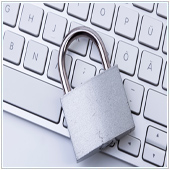 Although more generally secure than Windows computers and Android devices, Apple computers and devices have security threats, too. Thinking that Macs and iPhones don’t need protection is just asking for trouble. Follow these tips to bolster the security of all your business gadgets.

The vast majority of security breaches happen when a user installs programs, knowingly or unknowingly, or clicks on links in emails or on the Web that contain malware. Take these precautions to avoid intrusions:

It’s amazing how many Mac users don’t bother with an antivirus scanner. These tools are indispensable for keeping your systems and data secure. There are a number of excellent scanners out there, so make sure to pick a solution that covers both desktop and mobile devices to ensure optimal security. We can also help you pick the best solution for your business.

Strengthen the security of your computers, mobile devices, and network by working with an IT expert like us. We take the time to get to know how you use your devices to discover your security needs and recommend an integrated, effective solution for you. Contact us today to learn more.