How scary is the new Mac scareware? 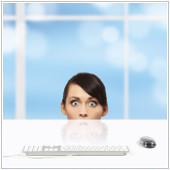 If you wanted a classic example of how malware evolves, the new scareware discovered on Mac in the past few weeks is a perfect example. The way it attempts to fool users is unlike almost any of its predecessors. In other words, it’s very convincing. Here’s what you need to know about this new scareware on the block.

For those who’ve never heard of it, scareware is a type of malware designed to trick you into purchasing illegitimate software. If you’ve ever been prompted to buy the antivirus software known as Mac Defender (also known as Mac Protector, Mac Guard, Mac Security, etc.), then you’ve seen scareware firsthand. Essentially, this malware burrows into your computer and attempts to scare you into purchasing their product, oftentimes which is antivirus. This new form of scareware on Mac works in the same fashion.

If you’re familiar with scareware, you may think you have nothing to worry about. You already know how scareware attempts to trick users, so why should you be afraid of this one? The reason is this malware masquerades as an Adobe flash update, and quite a believable one at that because the installer is signed with a legitimate Apple developer certificate and downloads a legitimate version of flash on your machine. The catch is that it also downloads the scareware.

After you download the Adobe Flash update, the scareware is also installed on your system. You’ll then be prompted to scan your computer. If you do, it will claim you have a variety of malware on your system like Trojans, viruses, worms and more, in an attempt to scare you into buying fake security software to clean the malware out. If you’re reading this and have somehow gotten to this stage in the ruse, don’t buy the software.

Regardless of whether you’re a Mac or PC user, there is a valuable lesson to learn here. When getting software updates, ignore all prompts from random third party sites. Instead you should get your updates directly from the software developer.

Malware is becoming a growing threat for Mac users. So it’s important to remember that just because you use a Mac, doesn’t mean you’re automatically immune to security threats. If you’d like to know more about how to protect your Apple systems, call our Mac security experts today.