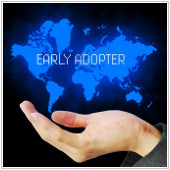 People love websites like TripAdvisor, Yelp and Angie’s List for a reason: feedback from real customers is invaluable when making a purchase decision. When it comes to Apple’s iPad Pro, you may’ve had some difficulty tracking down what actual users think about the tablet as it’s still a new technology. Well, today, you’re in luck. CIO, a website that delivers the latest news and tips for IT professionals, has recently surveyed 11 early adopters of the iPad Pro to get their feedback. Here’s what they thought of it: the good and the bad.

We hope this feedback provided by early iPad Pro adapters can help you make an informed decision as to whether or not Apple’s latest tablet is suitable for your business. If you’d like to learn more about Apple products or need to service some of your own, don’t hesitate to get in touch.